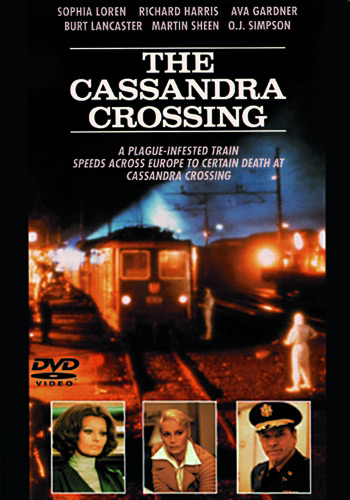 Robert Katz is the author of twelve books and eight screen­plays, including three adaptations from his own works: Death in Rome, The Cassandra Crossing, and Days of Wrath.  (List of publications and films attached.)

Death in Rome, which the Chicago Tribune called a “master­piece of literature [and] a masterpiece of historical scholar­ship,” was a worldwide bestseller published in nineteen edi­tions and ten languages.  A study of the World War II Ardeatine Caves Massacre, it became an international cause célè­bre culminating in a ten‑year freedom‑of‑speech court battle involv­ing the Vatican.

Days of Wrath is an investigative report on the terrorist kidnapping and murder of Aldo Moro, the Italian statesman.  Re­viewing Days of Wrath, the Washington Post wrote: “anyone who can be moved by the pity and terror of a modern tragedy will want to read this original and passionately heartfelt book.”  The book was nominated for a Pulitzer Prize; the film version won a Golden Globe and repre­sented Italy in the main competition of the 1987 Berlin Film Festival, where it received a Silver Bear award.

A long-time resident of Italy, Mr. Katz has written extensively on Italian themes, particularly on modern and contemporary history.  His Black Sabbath, a national bestseller in Italy, is a Holocaust study of the deportation of the Jews of Rome.  In 1994, he was a consultant to the team of American TV journalists that located former SS officer Erich Priebke living in Argentina; Mr. Katz’s coverage of the case and Priebke’s trial in Rome was the subject of his 1997 book Dossier Priebke.  His most recent publication, “Pius XII Protests the Holocaust,” is part of the popular historical anthology series What If?2: Eminent Historians Imagine What Might Have Been, and forthcoming from Simon and Schuster in 2003 is his latest work, Rome, Open City, a re-examination in the light of a wealth of new documents of the Nazi occupation of Rome

A Rome connection to a contemporary murder case that rocked the New York art world, led to Mr. Katz's post-trial investi­gation of the affair.  The 1990 book, Naked By The Window: The Fatal Mar­riage of Carl Andre and Ana Mendieta, was published to criti­cal acclaim.  The New York Times, for example, wrote: “[Katz's] engrossing book lingers long after one has turned the last page....completely absorbing” and USA Today said, “it does to its subject what true-crime books rarely do: justice.”

Mr. Katz’s articles, essays, and book reviews have appeared in publications throughout the world.   He has been a consultant to CBS’s 60 Minutes, ABC’s PrimeTime Live and Italian television's RAI network news magazine, Mixer.

Both as author and screenwriter, Mr. Katz has been a guest lecturer on many university campuses in the U.S. and abroad.  Between 1986 and 1992, he was a frequent visiting professor in inves­ti­gative journalism at the University of California at Santa Cruz and a Fellow of the Adlai E. Stevenson College.  He is also a Fellow of the John Simon Guggenheim Foundation, a former grantee of the American Council of Learned Societies and has twice been elected a Knight of Mark Twain.  In 1991 he was inducted into the Academy of Mo­tion Pic­ture Arts and Sciences.

Mr. Katz is married to Beverly Gerstel and lives in Tuscany.

Black Sabbath: A Journey Through a Crime Against Humanity (Macmillan, 1969; U.K.(Arthur Barker) and Italy.

Naked by the Window: The Fatal Marriage of Carl Andre and Ana Mendieta (Atlantic Monthly Press, 1990).

"Octopus: The Long Reach of the Sicilian Mafia" The Washington Post, 1991.